I am a writer.

As long as I can remember, I’ve put words on paper – first writing then assembling tiny books that fueled my childhood imagination of my future as a published author; then filling journal after journal with everything from doodles to poetry to reflections on my flavor-of-the-day angst; then energetically and diligently completing journalism assignments in college; and later, finally deemed a “professional,” composing all sorts of organizational literature from brochures and reports and newsletters, to press releases and public service announcements, to public speeches and event scripts.

I’d like to think that because of both my avocation and vocation, I know quite a bit about words. Some people, like my husband, see the world in pictures. I see the world in words. I process my life experiences and my emotions, not by thinking, not by talking, but by writing. I open a new document on my laptop and write a lead. From there, I launch an argument in expository form and keep typing until I realize “Wait. That’s not quite what I meant” or “That’s not logical” or – the worst – “That’s facile.” Then I delete my work, sometimes a word, sometimes a phrase, sometimes entire paragraphs, and I keep typing until I am assured that I fully feel and mean the words I’ve put on paper. I try very hard to choose the best words for the job at hand.

Because of my proclivity to both deeply ponder and wield words to experience life, I’m unusually sensitive, I think, to the power and meaning of words. Sometimes I winch when my loved ones bluntly choose a word to express their point – especially if that word is directed at me. In the early years of my marriage, I got my feelings hurt more than once because I defined a word differently than my husband. Now, if I am tempted to take offense, I simply say “Um, that’s a word that may mean something differently to me than it does you. Tell me more about ‘X word.’”

In spite of this sensitivity, I work in a world of spin. (By the way, I hate that word because I think it cheapens the work of many professionals, including public relations and advertising specialists and public officials.) I know the difference between facts and spin. I understand hyperbole and exaggeration. I understand rhetoric and bombast. I know treacle when I see it.

I also recognize when otherwise common words become inflated, or “weaponized” (that’s an interesting word; think of “snowflake”), or derogatory. “Queer” used to mean odd or unconventional, then it because a pejorative, then it was later reclaimed as a proud label for a movement. The word geek in me studies with fascination the way language is reinvented over time by people with both noble and contemptible aims, as well as the way our young people continually co-opt language for their own, initially exclusionary, communication purposes. (If you don’t regularly use the Urban Dictionary, give it try. You’ll learn a lot about English vernacular and cultural change.)

I’d like to think that because of my professional undertaking, I have developed a “clinical” (read impartial, dispassionate) mindset when it comes to reading and listening to public discourse. Unfortunately, I believe the opposite may be true. I joke that I have become the “Grumpy Grammarian,” but despite my protestations that suggest otherwise, spelling and grammatical errors are the least of my annoyances. Usage is the thing that gets me.

I’m inclined to think many of my peers aren’t attuned to the power of words to the degree I am, but then I recall the enduring public angst over “politically correct” language. And I can’t help but conclude it is the people who best understand the power of words who protest the loudest about a language change that – in my mind – seeks to better label something in our lives, particularly some thing or some person that may be marginalized or misunderstood. (Coming to mind, for example, is the usage transition from “addiction” to “substance abuse” to “substance use disorder.”)

Because of my sensitivity, I spend probably an inordinate amount of time consulting the dictionary and thesaurus, reminding myself of exact definitions, even of common words, and their many synonyms and associated nuances.

For example, today I looked up the word “scum.” Look, we know I know what it means. But I looked it up anyway, as I often do, to make sure I’m not missing something. Yeah, it’s a film on the surface of a liquid, a noun that became a pejorative for anything deemed “low.” It’s also “trash,” “worthless,” and “evil.”

So when our president calls members of his party “human scum,” I’m struck first by his choice of denigration, second by his affixing of the modifier “human” to his insult, I suppose to remind the reader that there is such a thing as human refuse, and to imply what we should do with it.

The problem is my understanding and use of our language, not to mention my belief system, is such that I don’t believe any human is trash, even the ones who do trashy things. I believe in the dignity and worth of all humanity and – I think this part is important – even the lowest among us. It is my observation, in fact my belief, that the lowest are the most distressed, the most damaged, the most in need of love, compassion and Grace.

The good stuff – love, compassion and Grace – start, in my book, with words.

Let’s choose them carefully, kindly, favorably whenever possible. I’m all for throwing out the trash, but I’d like to start with bitter and loathing language, because those words will harm us, perhaps invisibly but often irreparably, in our homes and offices, in our public spaces and – most importantly – in our hearts.

There is indeed a residue in our society. It’s not the politicians or those who elect them, even though we, as human writers and speakers, add to the dregs that taint us. The residue is the public spume that seeks to drown us in indignity and enmity if we fail to clean up our act. There is valor in argument and the act of persuasion. They are vital to clarifying our values and goals and limits. But we’ve been swimming in a polluted environment for years and the deleterious effects are abundantly visible to all.

It’s long past time for a good scrubbing.

View all posts by Joan Nesbitt 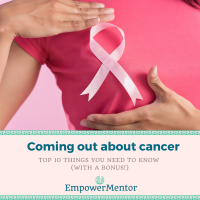